+
Researchers & Professionals in the Field

Alan Berkowitz is an independent consultant who helps colleges, universities, public health agencies, military organizations, and communities design programs that address health and social justice issues. His expert opinion is frequently sought after by the federal government, the United States military, and professional organizations and he is well-known for scholarship and innovative programs which address issues of substance abuse, sexual assault, gender, and diversity. He is the Editor and founder of The Report on Social Norms and is a highly regarded, award-winning speaker and trainer.

Dr. Rebecca Campbell is a Professor of Psychology at Michigan State University. She holds a Ph.D. in community psychology with a concentration in statistics, also from Michigan State University. For the past 25 years, she has been conducting community-based research on violence against women and children, with an emphasis on sexual assault. Dr. Campbell’s research examines how contact with the legal and medical systems affects adult, adolescent, and pediatric victims’ psychological and physical health. Most recently, she was the lead researcher for the National Institute of Justice-funded Detroit Sexual Assault Kit Action Research Project, which was a four-year multidisciplinary study of Detroit’s untested rape kits. Dr. Campbell also conducts training for law enforcement and multidisciplinary practitioners in civilian, military, and campus community settings on the neurobiology of trauma. In 2015, Dr. Campbell received the Department of Justice, Office for Victims of Crime, Vision 21 Crime Victims Research Award.

Jackson Katz is internationally recognized for his groundbreaking work in gender violence prevention education with men and boys, particularly in the sports culture and the military. An educator, author and filmmaker, Katz is co-founder of the Mentors in Violence Prevention (MVP) program at Northeastern University's Center for the Study of Sport in Society. MVP is the most widely utilized sexual and domestic violence prevention program in professional and college athletics.

Jean Kilbourne is internationally recognized for her pioneering work on alcohol and tobacco advertising and the image of women in advertising. Her films, slide lectures and television appearances have been seen by millions of people throughout the world. She was named by The New York Times Magazine as one of the three most popular speakers on college campuses today. Jean was inducted into the National Women’s Hall of Fame in 2015.

David Lisak is a nationally recognized forensic consultant, trainer and lecturer. His research and applied forensic work on non-stranger rapists has helped guide rape prevention and response policies in major institutions, including the U.S. Armed Services and numerous colleges and universities. His research on male survivors of childhood sexual abuse has helped focus public attention and spur new initiatives. He is a founding board member of 1in6, a national non-profit devoted to helping men who were sexually abused as children. He has several published research articles about perpatrator behavior and college sexual assault.

More than a filmmaker, Byron Hurt is an anti-sexist activist who provides cutting-edge male leadership, expert analysis, keynote addresses, and workshop facilitation in the field of sexual and gender violence prevention and education. He creates socially relevant, cutting-edge documentary films about race, class, and gender for diverse national and international audiences.

In his research, Jensen draws on a variety of critical approaches to media and power. Much of his work has focused on pornography and the radical feminist critique of sexuality and men's violence. In more recent work, he has addressed questions of race through a critique of white privilege and institutionalized racism.

Dr. Gail Dines is a professor of sociology and women’s studies at Wheelock College in Boston, an internationally acclaimed speaker, author, and a feminist public intellectual. Her writing and lectures focus on the hypersexualization of the culture and the ways that porn images filter down into mainstream pop culture. Gail’s powerful TEDx talk provides an introduction to her work. Gail is a recipient of the Myers Center Award for the Study of Human Rights. Gail is founder and President of Culture Reframed – a health promotion non-profit organization that recognizes and addresses pornography as the public health crisis of the digital age.

"Peggy Sanday has long been a dissenting voice in the debates about the universality of male dominance. This pioneering feminist anthropologist now gives substance to her arguments, redefining matriarchy and revealing the power of maternal symbols through an accessible ethnography of a famous matrilineal community." - Lila Abu-Lughod. Anthropology and Women's Studies. Columbia University.

Donna M. Hughes  is a leading international researcher on trafficking of women and children. She has completed research on the trafficking of women and girls for sexual exploitation in the United States, Russia, Ukraine, and Korea. She does research and writing on women's rights. Her topic areas include: violence, slavery, sexual exploitation, Islamic fundamentalism, and women's organized resistance to violence and exploitation. She also works on issues related to women, science and technology.

Jeffrey L. Edleson, Ph.D., is Dean and Harry & Riva Specht Chair in Publicly Supported Social Services in the School of Social Welfare at the University of California, Berkeley. He is a Professor Emeritus at the University of Minnesota School of Social Work and was the founding director of the Minnesota Center Against Violence and Abuse. Edleson is one of the world's leading authorities on children exposed to domestic violence and has published over 120 articles and 12 books on domestic violence, groupwork, and program evaluation. He has been cited thousands of times with high impact, see his Google Scholar homepage. Many of his published articles may be found on his Academia.edu page. He was named one of the dozen highest impact scholars in social work in a 2016 study by Hodge, Kremer & Vaughn published in Research on Social Work Practice.

Keith has spoken and consulted at more than 100 colleges and universities, presented more than 100 programs at national conferences, and has written more than 15 articles or book chapters on sexual violence prevention, men’s identity, social justice education, curricular approaches, and leadership. His research, writing, and speaking has received national awards and recognition including ACPA Dissertation of the Year and ACPA Diamond Honoree.

Dr. Mary P. Koss is a Professor in the Mel and Enid Zuckerman Arizona College of Public Health specializing in sexual violence. A clinical psychologist by training, she has twice testified before the U. S. Senate and participated in congressional briefings. She has served on expert panels for the New York Academy of Sciences and the National Academy of Science. She serves as a member of the management committee of the Sexual Violence Research Initiative, funded by the Global Forum and based at the World Health Organization. In recognition of her contributions the American Psychological Association honored her with its 2000 Award for Distinguished Contributions to Research in Public Policy; and its Committee on Women in Psychology selected her to receive its 2003 Leadership Award. Her current work involves implementing a restorative justice program for selected sexual offenses, studies of alcohol and violence among American Indian tribes, and behavioral HIV/AIDS prevention in South Africa. In selected publications is a work titled, "Narrative constructions of sexual violence as told by female rape survivors in three populations of the southwestern United States: scripts of coercion, scripts of consent."

Brett Sokolow is a specialist in campus safety, security and high-risk student health and safety issues. He is the President of the National Center for Higher Education Risk Management (NCHERM), a national multidisciplinary risk management consulting firm. In addition to his consulting activities, Mr. Sokolow has also provided awareness and education programs for students at over 1,400 colleges, high schools and military institutions. Through NCHERM, Mr. Sokolow has published numerous books and articles on student affairs and risk management topics. He provides expert witness services, and lobbying efforts for campus crime and sexual assault-related legislation. 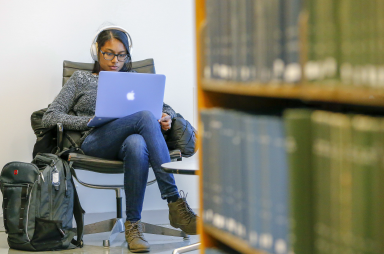